Don't Trust Your Safety With Just Any Instructor...

Learn skills that are proven to work.

He is the owner of Mousel's Self-Defense Academy, Women's Self-Defense, Outdoor Fitness Bootcamp and The Edge Personal Training studio.

He has been training in the martial arts since 1980. He holds Associate Instructor certification under Bruce Lee protégé Guro Dan Inosanto to teach Filipino Martial Art as well as Jun Fan Gung-Fu which was received in 1990.

In 1990, Tim earned instructor level from Ajarn Surachai Sirisute (see part of the test here) and in the summer of 2006, he was the 10th instructor worldwide to earn the honorable rank of Full Instructor from Ajarn Surachai Sirisute who is President of the Thai Boxing Association of the USA. Tim also serves as Houston Branch Director for the Thai Boxing Association of the USA and is an Instructor in Jun Fan Gung Fu - Jeet Kune Do Grappling Arts under Sifu Larry Hartsell's Jun Fan/Jeet Kune Do Grappling Association (2005). Additionally, he received a blue belt in Brazilian Jiu-Jitsu from Rickson Gracie (1996).

On September 12th, 2005 he received his purple belt in Brazilian Jiu-Jitsu from Leonardo Xavier. He has been honored as having an Associated school with Leonardo Xavier's Academy from Rio de Janeiro, Brazil. Tim has also completed the requirements for Coach Level 2 in Erik Paulson's Combat Submission Wrestling (2003). On March 15th, 2009, Erik awarded Tim with Coach Level 3. On Feb. 7th, 2009, Tim completed the required course of study approved by the Abu Dhabi Combat Club for the Class C Certification and was awarded the Referee Certification. He is listed as Consultant for the book by Kru Tony Moore, "Muay Thai - The Essential Guide to Mastering the Art" (2004).

A Bachelor of Arts degree in Physical education and coaching (K-12), and a Master of Science degree in Sports Science from the United States Sports Academy have given Tim the ability to teach the martial arts in a professional, effective manner. He has worked as the Strength and Conditioning Coach for two-time world boxing champion Reggie Johnson. He is former chief Physical Training Instructor for the HCC Law Enforcement Academy and teaches Physical Education (Exercise Science, Theory of Exercise, Fitness Testing, Fitness Industry Operations, Advanced Weight Training & Conditioning, Personal Training) at Houston's local college. He's also an instructor for the American Red Cross in First Aid, CPR and AED. Tim is a Certified Personal Trainer through the National Academy of Sports Medicine (N.A.S.M.) and the American Council on Exercise (A.C.E.).

He has trained many of Houston's top martial arts instructors and has students he has trained compete at the highest levels of mixed martial arts competition including the Ultimate Fighting Championship (UFC), StrikeForce, King of the Cage, Pride, national kickboxing and thaiboxing championships and professional boxing. 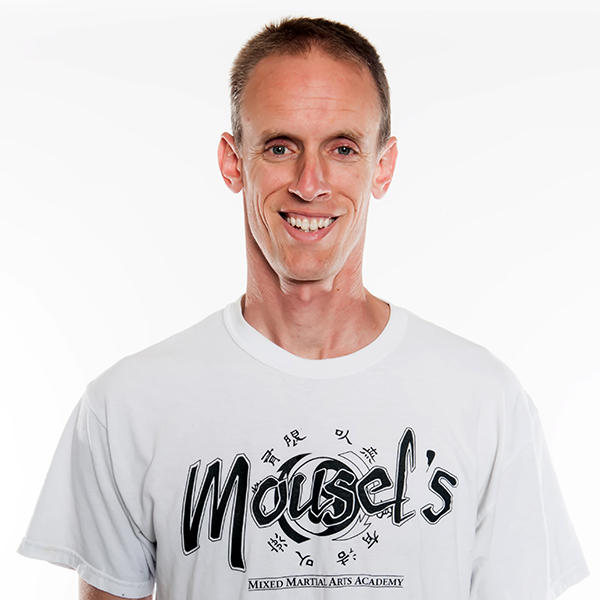 This women's self-defense course has helped thousands of women that have taken it since 1988. For those fortunate enough that haven't been attacked, the increased confidence definitely makes the short investment of time worthwhile.